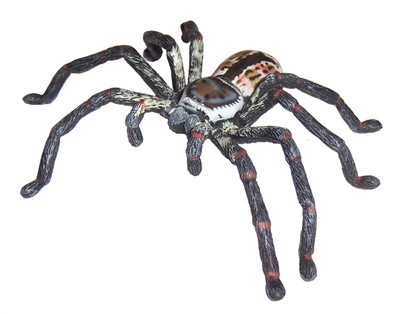 Australian Huntsman spiders belong to the Family Sparassidae (formerly Heteropodidae) and are famed as being the hairy so-called 'tarantulas' on house walls that terrify people by scuttling out from behind curtains.

Huntsman spiders are large, long-legged spiders.. They are mostly grey to brown, sometimes with banded legs. Many huntsman spiders, especially Delena (the flattest), and including Isopeda, Isopedella and Holconia, have rather flattened bodies adapted for living in narrow spaces under loose bark or rock crevices. This is aided by their legs which, instead of bending vertically in relation to the body, have the joints twisted so that they spread out forwards and laterally in crab-like fashion ('giant crab spiders'). Both Brown (Heteropoda) and Badge (Neosparassus) Huntsman spiders have less flattened bodies.